Register for this event here!

Film Synopsis:
Phong grew up in a small town in the center of Vietnam – the youngest of six children. As a child, Phong felt out of place in a boy’s body. Not until moving to Hanoi for university at the age of twenty did Phong discover that others with similar experiences. The dream to find herself through surgery became a reality several years later. This documentary follows Phong’s struggle during these years, piecing together excerpts from an intimate video journal and encounters with family, friends, colleagues and doctors – all of whom must come to terms with a boy’s determination to become a girl.

* Executive Producer Gerald Herman will be present for the post-screening Q&A.

*Please note that there has been a change in time and venue!

Register for this event here!

Register for this session here!

Reflecting on a previous article, (Skelton 1997) I evaluate changes encountered around teaching sexuality over the past 22 years in different geo-political settings. This article examines the ways in which my teaching practices, as an academic committed to equality, have developed in relation to different academic and political contexts. This personal pathway through learning and teaching work linked to sexuality has been, and still is, embedded within social, political and feminist geography modules based on a political focus on social justice and injustice. I worked in two UK universities during the time when the Civil Partnership Act 2004 was enacted but left the UK prior to the Equality Act of 2010 and the Marriage (same sex couples) Act of 2013. I now teach in Singapore where Penal Code 377A still exists. This British colonial code criminalises sex between consenting adult men in private or in public. This paper discusses my commitment to integrate sexuality into the curriculum and analyses the ways in which styles of delivery, content and engagement between and with students has varied across what I define as two ‘eras of teaching geographies of sexuality/sexualities’.

*Paper to be sent to attendees prior to the session. 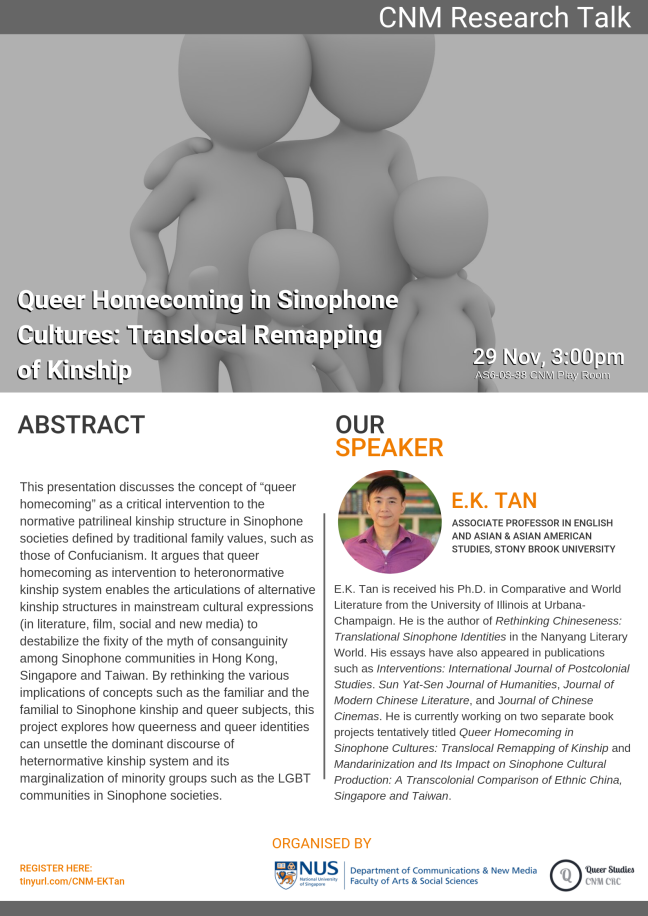 Chapter Five “Faults, Fault Lines, and the Complexities of Agency” from Lynette J. Chua. 2019. The Politics of Love in Myanmar: LGBT Mobilization and Human Rights as a Way of Life.
Michelle Lazar. 2017. “Homonationalist discourse as a politics of pragmatic resistance in Singapore’s Pink Dot movement: Towards a southern praxis.” Journal of Sociolinguistics.